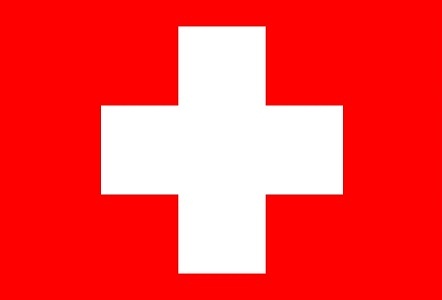 The country Switzerland is a federal republic country in Europe, officially known as the Swiss Confederation, consisting of 26 cantons, and the city of Bern is the seat of the federal authorities. The country lies in western-Central Europe, and is bounded to the south by Italy, to the west by France, to the north by Germany, and to the east by Austria and Liechtenstein. Geographically cleaved among the Alps, the Swiss Plateau and the Jura, with an area of 41,285 km2 (15,940 sq mi), Switzerland is a landlocked country. The establishment of the Old Swiss Confederacy dates to the late medieval period, resulting from a series of military successes against Austria and Burgundy. With the highest nominal wealth per adult and the eighth-highest per capita gross domestic product, Switzerland is one of the most developed countries in the world. Including government transparency, civil liberties, quality of life, economic competitiveness, and human development, Switzerland ranks at the top globally in several metrics of national performance. In terms of quality of life, Zurich and Geneva have each been ranked among the top cities in the world, with the former ranked second globally.

Why Study in Switzerland

The country has the second best education system in the world, and is one of the most tolerant, prosperous, eco-friendly and progressive countries in the world. Boarding schools in Switzerland are renowned for their high academic standards and international focus. The cost of a Swiss education is significantly lower than many of the country’s European counterparts. Switzerland offers multilingualism like no other, with French, German, Italian, and Romansh being the four native languages. Students have the opportunity to hone current language skills or learn something completely new. They are also pleased with the compact class sizes, practical courses and diverse research opportunities. Students are more satisfied with the academics in Switzerland. The cities and natural beauty of Switzerland impressed many students. The students in Switzerland enjoyed exploring the countryside and taking part in various student activities. Reviewers were also happy with the friendly atmosphere and the opportunities to learn a foreign language. The social life and events were high up on the list of things international students appreciated about studying in Switzerland.

Switzerland lies at the crossroads of several major European cultures. German, French, and Italian are national languages of Switzerland, along with Romansh, which is spoken by a small minority. However, Swiss culture is characterized by diversity, which is reflected in a wide range of traditional customs. The 26 cantons also account for the large cultural diversity. Folk art of Switzerland is mostly expressed in music, dance, poetry, wood carving, and embroidery.

Switzerland is also a fantastic place to live, apart from being a great place to get a first-rate education. From snow-capped mountain peaks and ice-skating on lakes to hiking through green fields or celebrating the top Swiss festivals, Swiss carnival or national Swiss holidays, The Swiss countryside, lakes, and mountains are beautiful any time of year. Most of the people in the country’s major cities are fluent in English. Thus, not only is travelling made easier with no language barrier, you also get to hear its locals speak several languages and experience different cultures when you travel around the country.

At boardingedu.com, we have listed the Best Boarding Schools in Switzerland. The list comprises of the top residential independent schools and state boarding schools.

Find complete information about Top Boarding Schools in Switzerland, details about Fees, Admissions, Curriculum, School Infrastructure, Faculty and much more only at boardingedu.com with complete details of fee, school infrastructure. Schools are listed in random order without any rankings.